Making my way north through Peru, figured really should take in some of the ancient history. After Macchu Picchu and the land drawing at Nazca it was time for a museum presentation. Claus from Sucre recommend a museum, but the name he gave wasn’t quite right and the town Chiclayo didn’t have the grade/quality of museum that he spoke about. With some head scratching, noodling around with the GPS and the Peru tourism bureau maps, I decided it was a museum a little to the north of Chiclayo. 10 miles or later I found it. Did I mention it was Monday. Yeah, the day when most museums all around the world are closed. The Museu Nacional Sican is no exception. The doors were shut tight. Fortunately the guards were very nice and provided me with a small stack of brochures. I resolved to spend the night in Ferreñafe, the closest town and return in the morning…
Going back to Ferreñafe I took some photos of a cemetery, Cementerio El Carmen, with an impressive collection of large statues lining the entrance corridor.

I was initially very impressed with the angels above the entrance arch, till I saw them wobble in the wind. That is when it was apparent that they were made of plastic. 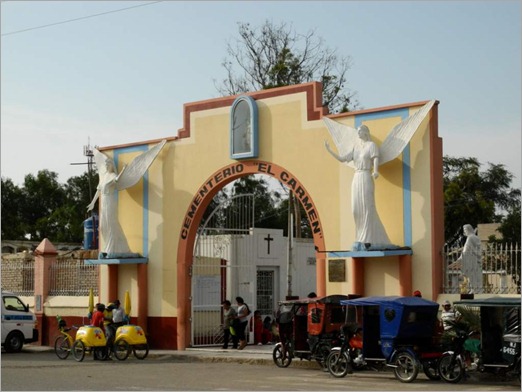 Now the search for a hotel…and instead I found a feature film crew. I was immediately impressed that they were using a RED camera. This camera was designed and manufactured by OAKEY, the sunglass company. I am sure he owner had more than a little help from engineers. The RED a digital camera and the cost is so low that production companies buy a camera instead of renting traditional movie camera that use film. The camera is shaking up the classic models of producing films, like many things digital. The crew was capturing the principle actor walking towards the camera in one very long take. At the end of the “action” the actor stops in an intersection, looks this way and that, ponders a while, then walk on. A totally gripping moment, I am sure. Turns out the actor is the director and producer too. I have to wonder if it is his first film and if he ever edited a movie in his life. 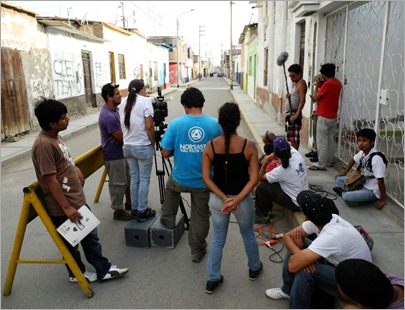 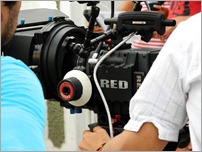 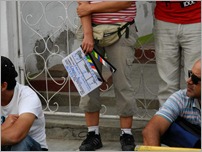 Fast forward to the next morning… I returned to Museu Nacional Sican shortly after they opened. The collection describes a royal tomb and presents a wide range of gold ornaments, beads and shells. The tomb is reconstructed. There are two very interesting aspects to the burial tomb: the king is in a fetal position, upside down, and there is a woman in the position of giving birth. For reasons I can not explain, I did not photograph the reconstructed tomb. You’ll have to find images online or visit the museum. 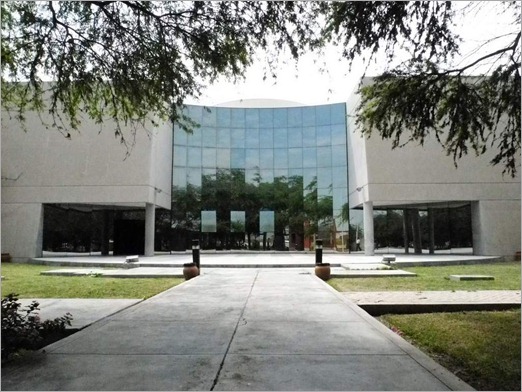 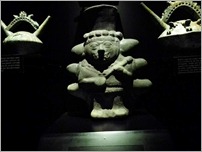 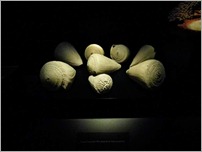 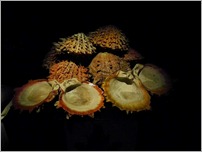 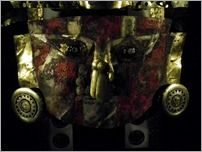 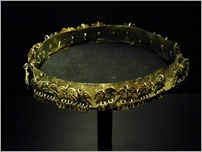 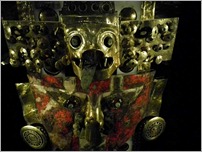 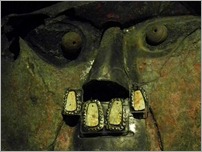 The second museum I visited is the Museo Tumbas Reales de Sipán. The collection is bigger and includes another reconstructed tomb. Unfortunately photography is not allowed in this museum. If you have to pick one museum to visit, go to this one.