Arraial D'Ajuda - Send in the Clowns

Leaving Itacaré in the early afternoon, I reached Porto Seguro sometime after 10:00 PM and found the ferry that crosses he Rio Buranhem to Arraial D'Ajuda. On the ferry a guy approached me and starts asking me questions. I learn that he is a professional clown. Soon I figure out via his broken English that he has a simple place and is inviting me to stay with him. We find a lady that speaks some English to confirm what he is saying, then she tells me that she know him and that he is a good guy. Luis “Drop Pants” opened the door to his home and the town.
Luis is riding a motorcycle with a cheerleader’s megaphone and a flag. He was returning from a performance when he met me. Now we are racing through town and back streets to his apartment. The last bit is negotiating an incline and turn through a gate into a compound of low rise buildings, a tricky maneuver, but one that I would grow. Luis is something of the mayor of the half a dozen apartment blocks. The motorcycles were parked under an open air combination of outdoor kitchen and workshop. 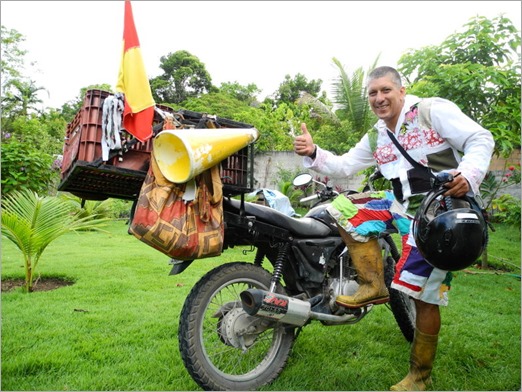 Once my luggage is unloaded I try to start my computer only to find that it won’t come out of “sleep” mode. After going to an Internet café to research the problem, the situation with my laptop does not look good. After a call to Toshiba technical support and trying several possible remedies the news was grim. All fingers pointed to a burned out motherboard. When leaving Andy’s place in Itacaré I set the computer to “hibernate”, but failed to wait for the process to complete before closing the lid. The laptop was configured to go into “sleep” mode when the lid closed. The two processes were in conflict all day while I rode south. Eventually a micro thin piece of metal in the motherboard gave out and the computer like Sleeping Beauty, would not wake up. A suggestion was made to kiss the computer, it worked for Prince Charming. By from the end of the next day I was resolved that the laptop was now replaced with a brick. I investigated and contacted repair centers in Uruguay and Argentina. As with many services in South America, they have the talent, but the parts have to be ordered. I would not have time to wait and decided to ask my wife to bring a new laptop to Buenos Aires, where we were meeting in a few weeks.
Luis “Drop Pants” set up a large slab of foam for me to sleep on, then proceeded to arrange a collection of objects by the side of my bed: a bottle of liquor, several crystals, a small Buddha and other things to make me comfortable while I slept. With my mosquito net in place, I drifted off to sleep quickly. 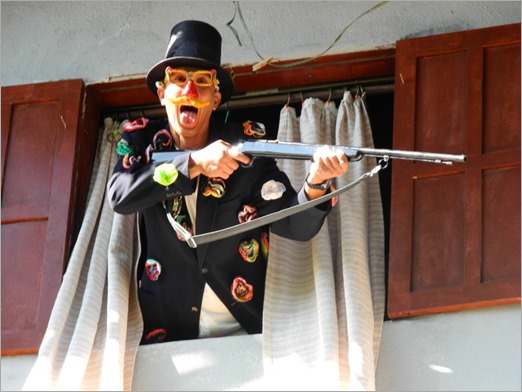 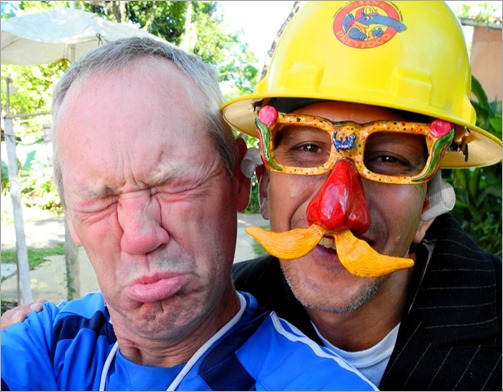 In the morning Luis’s took me to his mother’s house. She does the tailoring for his clown costumes.
Next we went to visit Luis’s father. Next to his house there is a tree with the most exquisite flowers.
Afterward we went to a site where a four day motorcycle rally would take place, start that evening. Luis introduced me to Mario, an expat living with his Brazilian wife and children in this quiet beach town. Mario provides wide area wifi to the hotels and bars. He generously set me up with a free account, so I could access the Internet from anywhere within the town.
As luck would have it a BMW dealer would be attending the rally. I needed a new low beam bulb and work on my clutch cable. Before leaving on the trip I had “risers” added to my handle bars. Risers made the handle bars higher, so it is easier to stand straight up while standing on the foot pegs. Unfortunately the clutch cable was not long enough to accommodate the extra distance between the handle bars and the engine. After dropping the bike a few times the cable attachment point separated, preventing the clutch from disengaging properly and causing general havoc. The representative for the dealer said mechanics would be arriving the following day. Great! The day was spent learning that my laptop was a brick and going to the beach.
Mario told me about a bar on the south end of the beach. It took two tries but I found it. On the first attempt I stopped at a cool tourist bar and asked what they had to offer. They claimed to make the best mojito in the world. If is isn’t the best, then it’s right near the top. 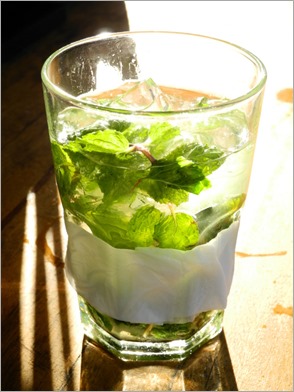 The following day I found the bar Mario recommended. The owner rides a motorcycle and after hearing my story gave me the first beer.

Night one at the rally produced a few interesting characters and the music was provided by a DJ. The second night there were two live bands. The singer below has a much more famous brother. Marion described him as a one of the brothers of a Brazilian Michael Jackson. His was the warm up band, which I will never understand because the second band wasn’t as good. I was told that many of the bands that play events in Brazil are either famous and play their own music or they are not as famous and play covers. It must be hard to make a name for yourself in Brazil. 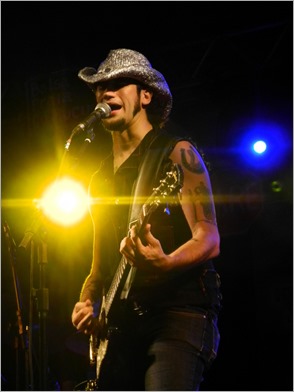 The BMW mechanics arrived in the late afternoon, but weren’t advised to bring a spare bulb for me. At the end of the night they pulled a bulb from a demo bike and reattached the clutch cable anchor point and re-routed it behind the handle bars giving it more play and reducing the stress on the cable completely.
Night two at the event was better attended. More vendors and a bigger cast of characters. 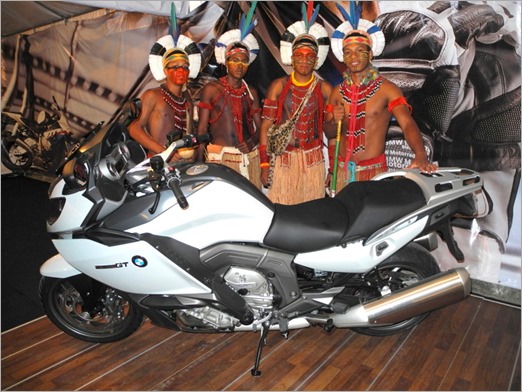 I met these cool ladies on the first night and hung out with them after the rally closed in two locations. It turns out they were local police and the one was a captain. You never know who you end up drinking with. Late the second night we ended up at an open air bar that was playing “falso” music. It sounded some what like Louisiana cajun music. 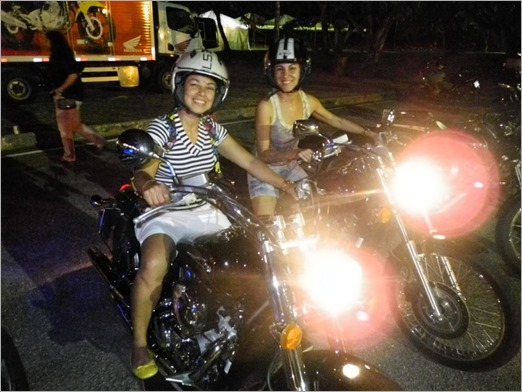 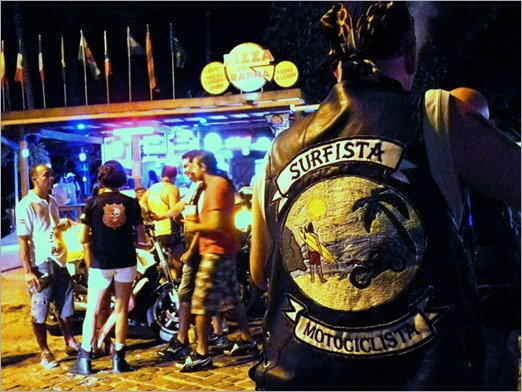 There were two more nights of the rally, but it was time to hit the road and make my way towards Rio de Janerio.
Posted by Peter Bodtke at 1:45 PM