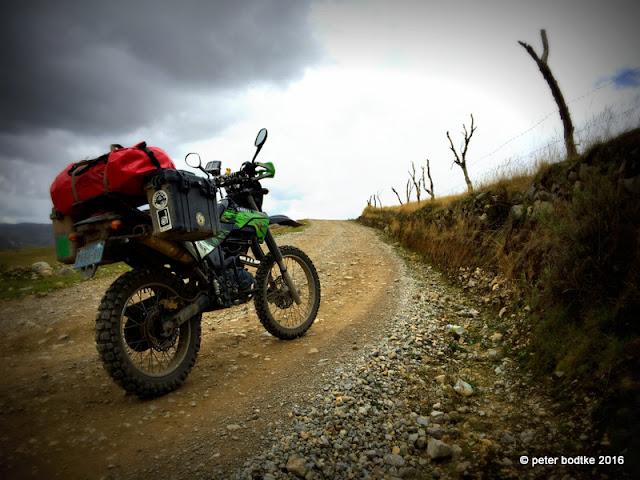 I bought a 250cc Cross Triton in Peru from Around the Block Motorcycle Adventures. Here is the map of the first trip on the bike.

Posted by Peter Bodtke at 2:58 PM No comments:

I got word that my friends Philip and Ed were joining a commercial tour in Peru. I resisted signing up for quite some time, then decided what the hell, go and have fun.

Posted by Peter Bodtke at 2:48 PM No comments: