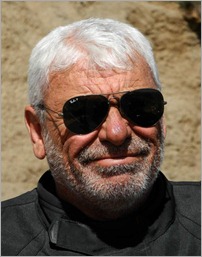 I had been riding with Guillermo since half way from Cusco to Nazca, the third one that I have met on the trip, so far. This Guillermo is from southern Argentina. His plans were uncertain and wouldn’t be know until after I left Nazca. There was a chance he would meet me in Lima, where we had reservations at a hotel that was associated with the hotel in Nazca. As things turned out, Guillermo did not show up in Lima. He is a skilled rider and I enjoyed following him through the turns of Peru. Good travels my friend.

The alarm was set for 4:15 AM to give me time to pack, roll the bike out of the hotel lobby and into the street by 5:00 AM. Gas tank full, a cup of coffee on the street and I was headed north from Nazca in the pre-dawn to Lima by 5:15 AM. The reason for the early morning departure was to get to the BMW dealer in Lima by noon and have the valves checked on the motorcycle. BMW recommends having the valve clearance checked every 12,000 miles. The odometer was pushing 25,000 miles and no inspection of the valves yet…yikes. The service manager at the BMW dealer in La Paz asked if I was hearing unusual noises or losing power, No and no. Then go to Lima he said. There were three adventure riders ahead of me when I pulled into the dealer in La Paz. Not wanting to wait for their bikes to be serviced, I left for Peru. Now I was racing the clock to get to Lima and have work completed before the weekend. In fact the service department in Lima works half a day on Saturday, but I wanted to be sure and button up the bike before they shut down at noon on Saturday.

After dropping off the bike at the BMW dealer, I headed to my hotel. The dealer very kindly paid of car service and warned me of Friday night traffic if I choose to return that day. Dina De la Piedra and Eduardo Hearne of Automotores Gildemeister Perú S.A. were great. They gave me good advice and service. Thanks for everything!

The service was completed by close of business on Friday and I heeded their warning, opting to pick up the bike Saturday morning and avoid Lima rush hour traffic. Now I was free to roam Lima. A few blocks from the hotel the scene turned from semi-dusty urban not so pretty to interesting. MALI appeared ahead, the Museo de Arte de Lima (MALI.)

There were two shows, one I had seen in Buenos Aires and the other was new to me. The Oscar Muñoz: Protografías show was a second look for me. His work includes movie clips projected onto table tops of images that are floating on water and washing away down the drain. Other pieces are lithographic patterns of portraits that are burnt into paper. Water and glass are recurring themes in his art. 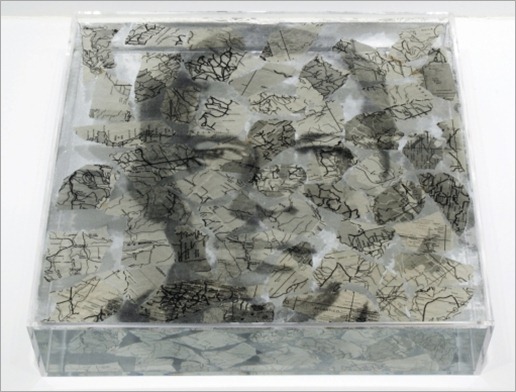 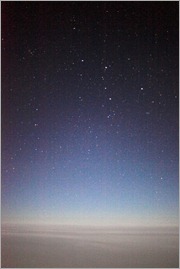 The second show simply titled, Wolfgang Tillmans, presented an assortment of photographs. Some huge photo-chemical murals, multi-panel installations, and individual prints. The subject ranged from pure abstract to figurative portraits and still lives. The curator and artist would no doubt wildly disagree with my basic descriptions. With no online reference to use, my coarse words will have to suffice. Sum it up by saying I like many of his pieces and wish the featured piece was larger.

Leaving the museum I stopped to chat at the information counter. There was honk, honk, honking in the air. Is this a demonstration? No, it’s the football game (soccer.) It is a big game, Peru vs. Chile, and they are selling horns on the street. Where is the game? Are tickets available? The stadium is not far, just a few blocks, but the all the tickets are certainly sold. I’m so there…just to hang out on the street and feel the energy of the fans. In the end Peru scored the only goal of the game in the closing moments. The town went wild. 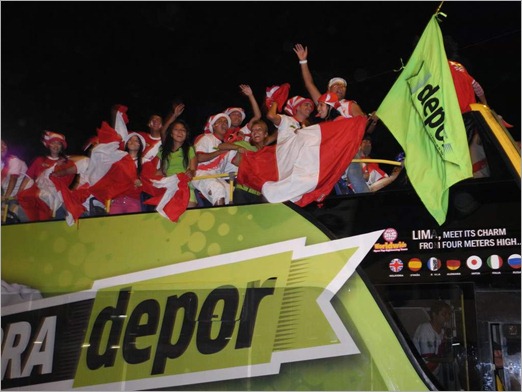 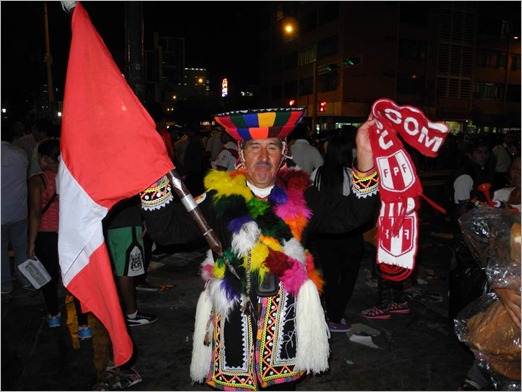 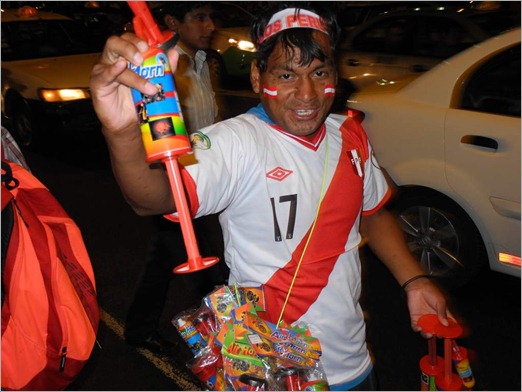 …and I bought a t-shirt, player #10, the hero who kicking the winning goal. 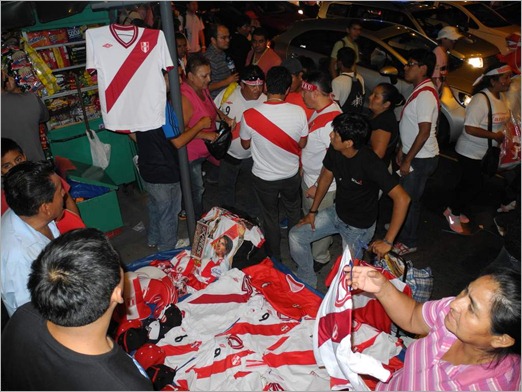 Now I am riding north, and mostly there is nothing. Miles and miles of empty dessert along or near the Pacific coast. There is wind and blowing sand, and a touch of fog. The dust in the air was so thick that the mountains to the east were obscured completely. The road is straight mind numbing, so drivers hit the gas and motor. Add the cross winds to the mix and the effects are challenging. When a large truck or bus comes flying your way, the motorcycle gets whipped around in the back draft of the passing vehicle. The bike can get tossed around, shifting around in the lane and the body is yanked back and forth. Its more than a bit un-nerving. And then there is a blowing sand… 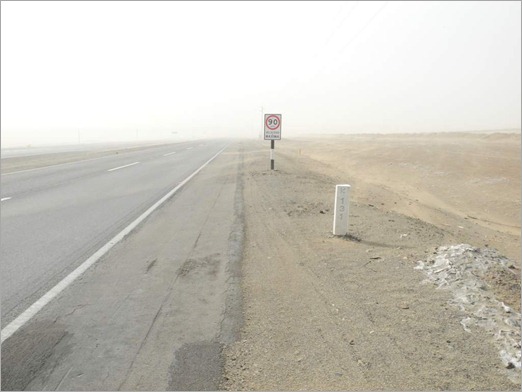 Between Nazca and Piura it 880  miles with an occasion turn or town, but mostly it straight, flat road with an occasional heard of goats crossing the road. What those goats eat remains a mystery to me. I could see very little except sand, dust, rocks and more sand. Its good road if you want to make time, which I do at this point in the trip.

Other than sand and flat straight roads, the only items dotting  the landscape were depressing shacks made of square panels of woven straw. I just can’t imagine living in these boxes and with the wind howling all around and blowing sand a constant feature. My heart goes out to the people that live there.

Then ~880 miles later, north of Piura, the landscape suddenly turned green. I’m talking rice field green. It only lasted for a short while, then back to dessert, with curves.