Leaving Potosi was a nightmare. Without a GPS I was trying to use Google Maps on an iPhone. It was very difficult to escape Potosi and to make matters worst, it was raining, raining hard. Fortunately, at the edge of town  I was asked at a toll booth where I was going and was told to turn around. Leaving a city can be like trying to read Brielle without being trained. Finally the route out became clear and I was on my way to Surce, a two hour ride…then the temperature started dropping.
About 45 minutes out of Potosi the temperature fell into the upper 30’s, not far from freezing. My hands were wet from pulling out and using the iPhone when figuring out how to get out of Potosi. Now they were really cold, even under heavy rubber gloves that I use for riding in the rain. I was seriously thinking about turning around and trying again the next day. Only my distaste for Potosi kept me moving forward. A gas station appeared and I pulled over, put on all of my liners and the heated vest. Ahhh, warmth. As I pressed on to Sucre the temperature rose and the sun came out. It was going to be a fun ride to Sucre now. 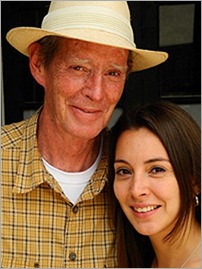 The reason I was traveling to Sucre, was to visit Cecilla. We met on the Stahlratte, the boat that took us from Panama to Columbia. Cecilla, a.k.a. Ceci, said if I come to Bolivia, that I must stop in Sucre. She said to write her an email, give her a call…or just show up at her door.  I did write her and in the end showed up at her door, only to find that she was out at the family “Lan house” or country house. Her father, Claus, received me and we had a long chat about Bolivia and Sucre. Claus was the Tour Director for a tour company and a wealth of information. That night he helped me select a hotel and gave me countless travel tips in the day to follow.

The first piece of advice Claus gave me was, “hotels and food is so affordable in Bolivia, enjoy the best.” That night I checked into Sucre’s finest hotel, Hotel Parador Santa Maria. I felt a little out of place walking into a posh hotel with riding gear, but I got over it. The staff are great, the room lovely…

That night I went down the block to the closest ex-pat bar, Florin. I would return there a few more times. That night there was a party of 14-16 people all dressed in costumes. They were having a grand time.  =)
Posted by Peter Bodtke at 9:38 AM