The day with spent with my adopted Cuban family. Most of the day we sat on the porch in the shade to escape the heat. Cubans are incredibly self-reliant and resourceful. Things like beer can get thrown in the trash, which I later learned are recovered by people that sort the trash somewhere down the line. Any piece of milled lumber is reused somewhere, somehow. Plastic bags are washed, dried and reused. Before seeing plastic bags being recycled in Cuba, I thought the Pennsylvania Dutch (the Amish) were the only people to clean and reuse plastic bags. 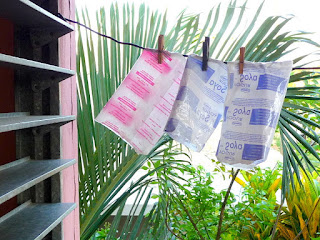 The family had a small room off the kitchen that housed a medium sized pig. The pig eat all the food scraps generated by the extended family. I called the pig "Mr. Tocino" or Mr. Bacon. 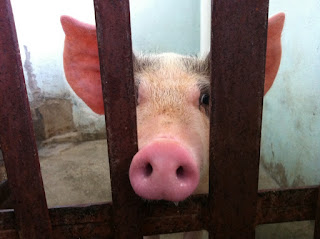 I ventured out a few times to get a haircut. Ultimately discovering the barber only kept morning hours. My other quest was to find oil for the motorcycle. It is recommended that that oil and filter be changed every 6000 miles, and it was time. There are many signs advertising Castrol oil, but the shelves were bare of this brand. Cuban "Multi Oil" was the only product available. Checking my luggage at the casa particular returned no oil filter. When leaving the Stahratte in Santiago de Cuba I didn't think I would put so many miles on the bike while in Cuba, so I left them on bolard the boat. An oil change would wait until I got to Cienfuegos when I could retrieve a filter from item left in my bunk. Back at the house Hymen worked on his bicycle, replacing the ball barrings in his back wheel. 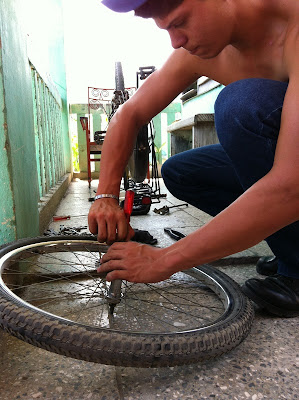 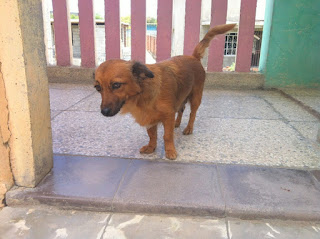 Mutty, the non-water dog...
As with swimming everywhere the ladies were the last to take the plunge. The rum bottle was passed from hombre to hombre and the girls stuck to beer. Sneaking into an Olympic size pool at night, with dogs, beer and rum. Only in Cuba. Returning to the house for warm food, we finished the night with rounds of dominos.
Posted by Peter Bodtke at 1:49 PM