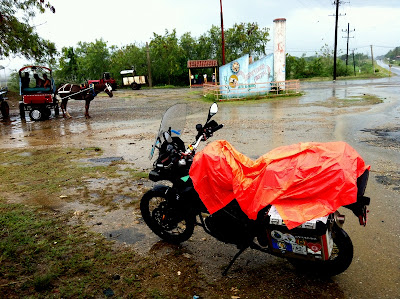 Having gotten short sleep the night before I wasn't in the mood to answer the typical questions that came from my rainy day companions, but I managed a few simple answers. As the rain let up I was asked where I was going, then I was asked where I was staying. I replied that I would find a place when I got to Trinidad, and that I was looking for a  room sporting a low rate. A guy was called over to the shelter and he gave me a gave me a business card with the typical contact information and a picture of the building. The guy assured me the rate 15 CUC and that there was parking. I said I would look at it. Soon I was back on the road to Trinidad.

My standard operating procedure when reaching a town is to drive through it, get the far side of town the double back and select a place that looks good and is in a good location. The picture on the business card made finding the casa particular easy. It was just outside of the center of town and being tired I wasn't in the mood to be in the center of town with the usual activities.

A teenager girl answered the door and confirmed the rate. Yes, breakfast is included, air conditioning and a hot water shower. I slept on a few really bad beds in Columbia and Peru, and started testing the bed to make sure it is not horrible. Everything about the room was satisfactory; I am home for the night.

The girl took my passport to fill out the registration book, promising to return in15 minutes. About that amount of time lapsed and there was a knock on the door. Expecting to find a teenager I was surprised to greet the same man, Jose, that I met at the bus shelter. It turned out that he owned the casa particular. All I could do was laugh in surprise.

Jose had come to see if I needed dinner. He listed beef, fish and.I had my fill of langoustine over the past few weeks. Knowing the price would be low, I declined, opting to get two small grilled ham sandwiches, glasses of limon refresco and cream de leche ice cream
in the center of town. It was the perfect light snack and the price for food in the small window counter joint is priced with Cuban National Peso. Altogether the food was less that one dollar. A larger sit down meal offered at the casa would be priced on CUC currency and the cost would run between 8 and 12 CUC. The "street food" selection is limited, but the prices can't be beat.

The next morning a typical Cuban breakfast of juice, fruit, cheese, bread, eggs and coffee was served to me on the second floor terrace. 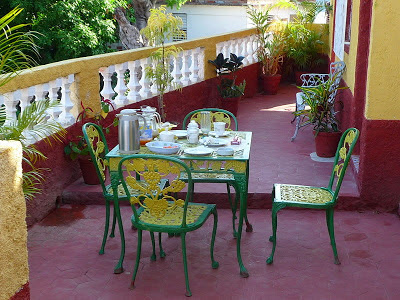 While eating breakfast, I noticed a pidgin coop on the roof across the street. I believe I saw a flight of homing pidgins flying over Trinidad moments later. Birds are popular pets in Cuba. Many times I have seen people walk down the street with bird cages. I guess they like to take their birds with them when visiting friends. This was the first time I came to realize Cubans keep pidgins as well as song birds. 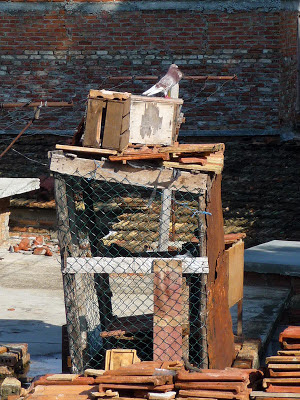 After breakfast I headed into the center of Trinidad and soon bumped into Claudia and Werner, fellow passengers from the Stalhratte. After catching up with them, they left for the mountain road to Cienfegous and I went to get a photo of Trinidad's historic cathedral. 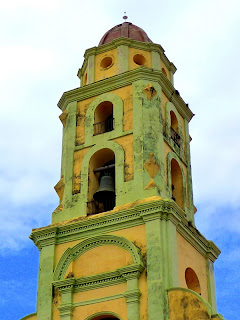 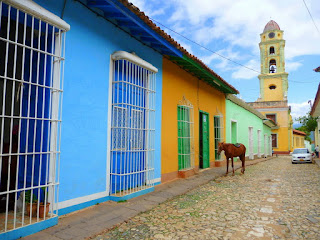 I got the shot of the cathedral and stepped off a ledge on the perimeter of the plaza than I was not expecting to step off. Spinning around as I fell, I protected the digital camera, and slammed by ribs into the edge of ledge. This was my first time I really hurt my ribs. Did I crack them? I will never know because all a doctor can do is up tape on the chest and perhaps prescribe pain killers. I am writing this post 14 days later and without a sympathy gathering bruise, the pain is starting to subside. 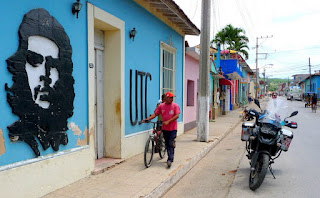