Watched the Dakar Rally - Tucuman, Argentina, well, as much as happened before the stage was cancelled due to rain swollen water crossing. It was simply thrilling as dozens and dozens of motorcycles screamed by, chased by four wheelers and a handful of souped up rally cars. I was not aware of the rally truck class, but there weren't any on this course anyway. 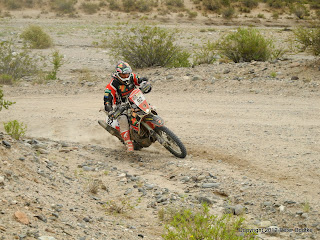 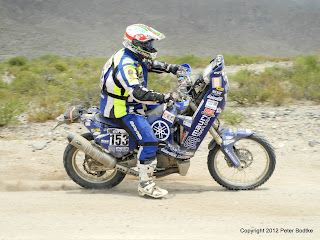 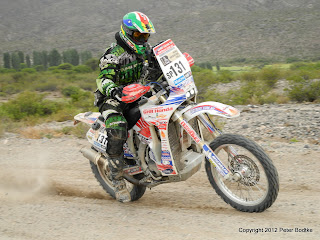 Deep into the race a French rider, Nicolas BOYER, pulled into our camp seeking tools. A nut and bolt or two to replace those that had fallen off his back sprocket, causing his chain to fall off once or twice. In a mad scramble to assist my tool bags were torn opened and the bag of spare parts spread out. We won't apply of a pit crew at the Indie 500, but he got back on the course pretty quickly. 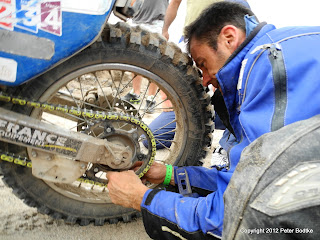 I have been riding with Pablo, a motorcyclist that I met in Bueno Aires before leaving for Patagonia. Pablo knows a guy who lives near Tucuan, and we were invited to join his friends for BBQ and camping. I assisted the "BBQ Maestro" (from the Italian maestro, meaning "master" or "teacher") the night, building a fire, preparing meat and cooking it Argentinian style. I learn new BBQ tips from the Maestro (white cap cutting meat.) We ate the leftovers for breakfast and later that night, after the rally we were treated to ANOTHER BBQ! 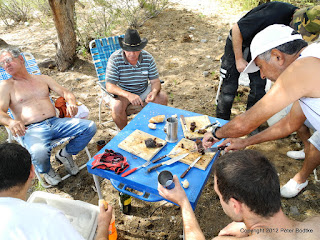 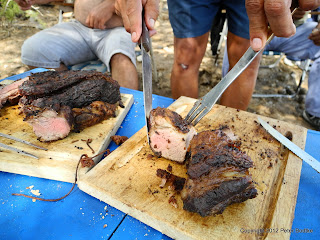