Boa Vista was a lot of fun. Demetri and I hung out with a local crew for two nights, going to clubs at night and swimming in a secluded stream during the day. Now it was time to turn north-east and make my way to Guyana. First I had the new rear wheel that I had been carrying mounted.

Having tires changed in Latin America is really cheap. If memory serves me, getting the rear tire mounted cost $7.00 (USD.) The cost is low, but you have to make sure the work is done right. I put the tire back on, but failed to properly seat all of the parts or tighten the nut sufficiently. In Belem, Brazil, about a 1000 miles later, a mechanic at the BMW dealer noticed my rear axle nut was coming loose. Yikes! 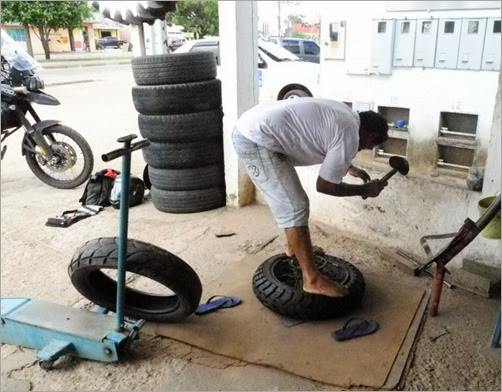 Seventy seven miles later I crossed into Guyana. Why I didn’t have both tires changed in Boa Vista is beyond me. The following morning I found another tire service and had the front tire mounted. The cost for mounting a tire in Guyana is also low. 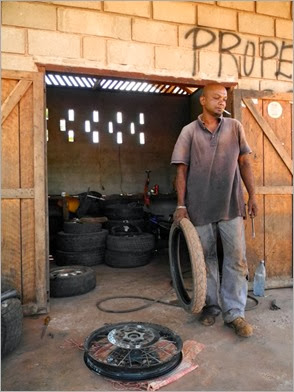 I spent nearly the whole following day tracking down supplies, getting insurance, making copies (and more copies), not getting money from the local bank (the bank in Lethem doesn’t have relationship with international banks…), not buying a map of Guyana, finding chain lubricant (I still wasn’t comfortable with the Scott Oiler) and a smallish bottle of rum.

After frittering away the day and finalizing the importation of the motorcycle, I finally left Lethem near 5:00 PM and hit the washboard dirt and gravel road. Within two hours is was dark. Without a firm plan I rode into the night. I kept my speed down, but still managed to drop the bike after encountering a double set of erosion ditches that coursed diagonally across the road. The mistake was trying to change direction after hitting the first ditch. All the big stuff has to come off the bike before I could set it right. 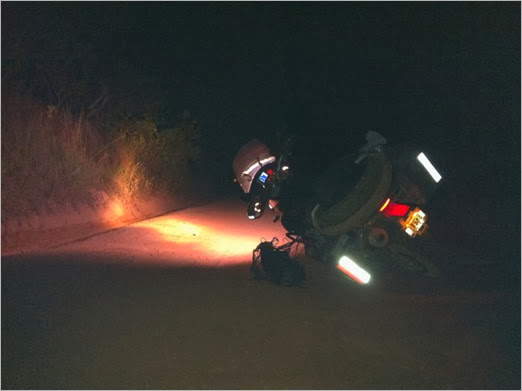 Its about 77 miles to the village of Wowetta, home to a few hundred indigenous people. That night the village was throwing a party, and I can tell when a village is celebrating. I soon met the village Chief who invited me to enjoy the festivities. The locals were saying goodbye to NGO volunteers that had been living with them for two years. Dejeet is from the Netherlands and had been working on a mapping project. An extra room at his place was offered and gladly accepted.

The next day I visited the community center where the volunteers worked n their projects with locals. I helped a volunteer create charts in Excel and earned lunch.

Later friends stopped by the house to hang out and say long goodbyes. The parties continued into the night. 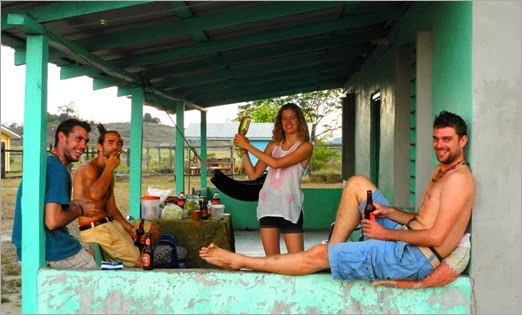 In the morning some neighborhood kids stopped to say hello. 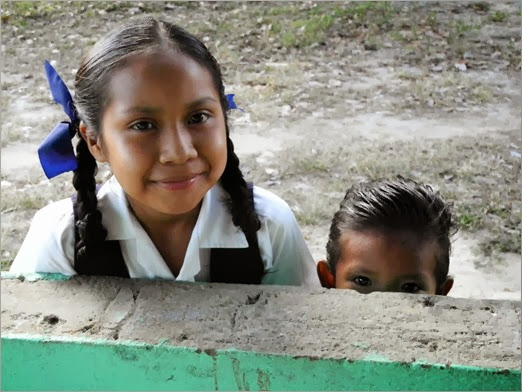 North of Lethem there are miles of grasslands that slowly turn over to forest. Traveling in early November there wasn’t much rain, just a little drizzle that day. The surface of the road somewhere north of Wowetta were clay and slope from the center of the road. The slickness keeps a riders attention, 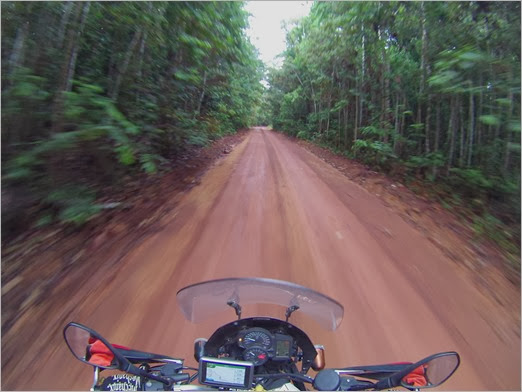 I rode through in early November and only came across two huge puddles. The big kind of puddle that go edge to edge. I made it through the first one by building up some speed and sticking to one side. The second puddle was deeper, the exit steeper, making the bike drifted into really soft stuff on the side of the road. Yup, dropped the bike. Had to remove the upside pannier, spare tires, tank bag and duffel bag in order to lift the bike, as the sun went down in the deep woods.

The lighting bugs are very different in Guyana. They don't blink on and off. They make a long line, then blink off. Mix that with wild noises coming out of the jungle. MOMMY! I was glad to get the bike righted and start moving again.  Over the next few hours I crossed a stretch that was fairly sandy. Occasionally I tested the depth of the sand by dragging the tip of my toe, like dragging a stick through snow. I would have been more freaked out riding in sand, but it was dark so I was preoccupied, concentrating on avoiding bumps. Its hard to say how long the sandy stretch is, maybe it was only 20 minutes at slow speed, but it felt like hours.

For me the miles pass slowly in Guyana. Mostly because I was riding slowly. It is 341 miles from Lethem to Georgetown. It would take me three travel day to the capital. 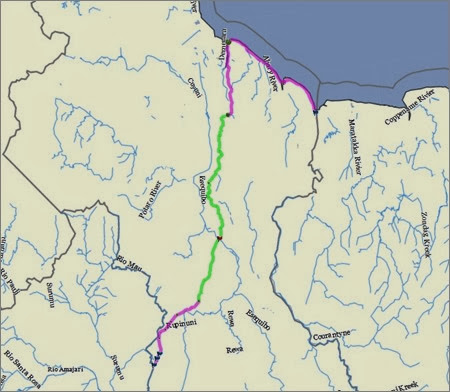 Next post: Crossing the Esequibo and camping at the police station in Mabura.