The Approach to Angel Falls

After leaving Caracas, Demetri and I headed for the northeast coast town of Lechería, near the larger town of Barcelona. A long day of riding and we arrived after sunset. The only remarkable thing about this town was the large Lebanese community. This was apparent due to the number of Lebanese restaurants. We went with the flow and ate Lebanese that night.

The problem of going to tourist towns is the abundance of high end hotels. Long term travelers seek budget accommodations to keep expenses under control. We made inquires in one hotel on the nicer side of the price scale, left, then came back later only to find that the room was no longer available. Eventually we found the right hotel and called it quits for the night. 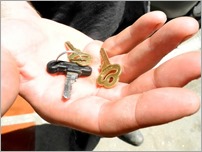 The next day Demetri snapped his ignition key off in the lock. As luck would have it there was a locksmith across the street from the hotel. A short delay later, the broken key was removed and new copies cut.

With gas prices extremely low we could fly down the highway south toward Ciudad Bolivar. We stopped in a small town for gas and Demetri taught me a word in Spanish, “Mirador.” It means point of interest or scenic view. In this case it was a sculpture of the world, with an interesting twist. The globe was upside down. The artists was making a statement about how the earth is typically presented by western cartographers, where North America and Europe are on the top. Here the southern hemisphere is on top. 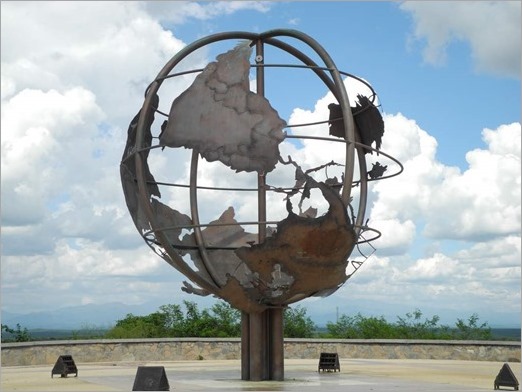 We stopped for lunch in El Tigre. As we were preparing to get back on the motorcycles, two military motorcycle police pulled up. I started reaching for my passport, but they were interested, they were looking for tools to adjust a stuck rear brake.  After fixing the brakes they started asking about our motorcycles. I invited the one solider to sit on the bike. He obliged quickly. 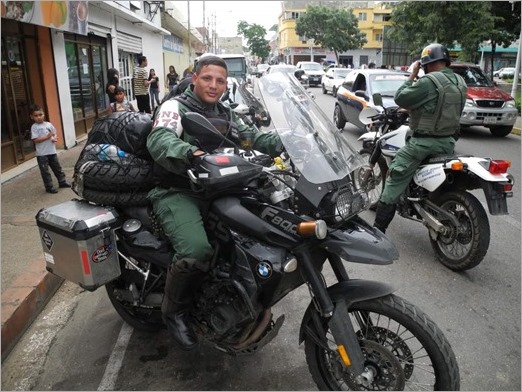 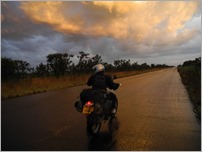 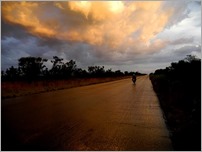 Towards sunset there was a touch of rain, followed by orange glow of sunset.

As the sunset we crossed Venezuela’s deepest river, Orinoco. The view from the bridge was amazing. Some countries are fussy about taking pictures of critical infrastructures that could be strategic military targets. There were military police at the toll plaza, making me reluctant to pull out a camera. Coupled with the lack of an easy place to pull over, I didn’t take a picture from the bridge.

Ciudad Bolivar was dark as we entered the city proper. The street lights were not turned on. Later we were told that there was a combination of reasons. Either the wires had been stolen or the lights were not turned on due to a political battle between the mayor and the electric utility provider. The following night the street lights were on, go figure. We found Posada Don Carlos with minimal fuss. The owner, Martin, provided through details, making find the hostel easy. 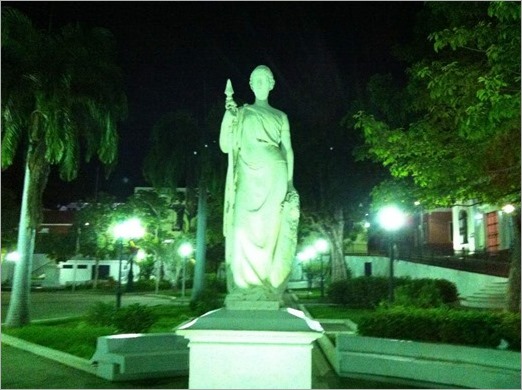 The owner of Posada Don Carlos, Martin, rides a motorcycle. When we arrived he listened to our stories with genuine interest. We knew in advance he would store the motorcycles at the posada while we traveled to Angel Falls. There were open air bunks and hammocks available for $10.00 per night, but we chose to share a private room and enjoy the security for our luggage. 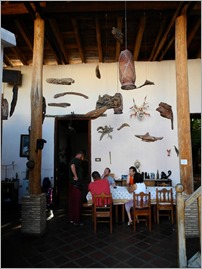 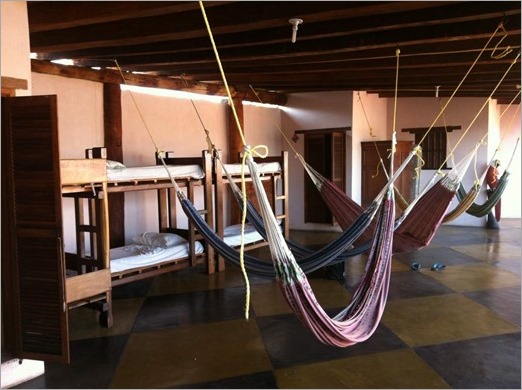 The next morning Martin’s wife gave us a lift to the airport and left us with the tour office. Soon we were in the air and on our way to Angel Falls. At the airport the restored airplane that Jimmy Angel flew over Angel Falls is on display. The locals knew the water fall existed. Jimmy Angel didn’t discover the world’s highest waterfall waterfall, but he made it famous. 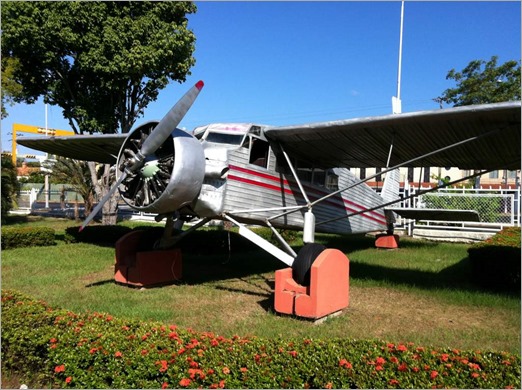 The area south of Ciudad Bolivar has many rivers, lakes and wet lands. From the air there were spider webs of roads. As one road became deep with ruts, new paths would be taken, creating more lines. 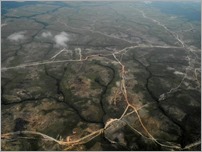 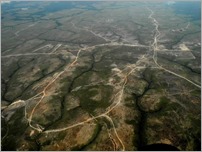 Sand bars along a river bank that looked like fish scales… 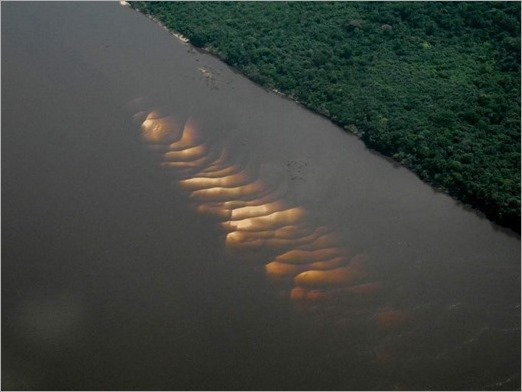