Demetri’s plans for Venezuela were uncertain. He was at least a day behind me having his motorcycle serviced. I spoke to Cenair about Demetri and gently asked if he could come and stay with us for a few days. His mother gave the green light and an email was sent. The next day Demetri arrived. 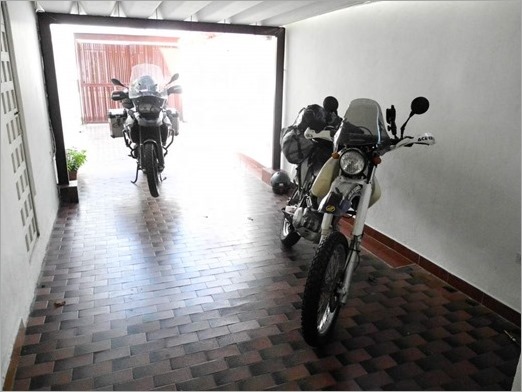 We spent the next few days relaxing, researching a visit to Angel Falls, visiting Simon Bolivar’s birthplace, buying motorcycle parts, and conducting minor maintenance on the motorcycles. I needed new brake pads and Demetri was in search of a new front wheel fender. 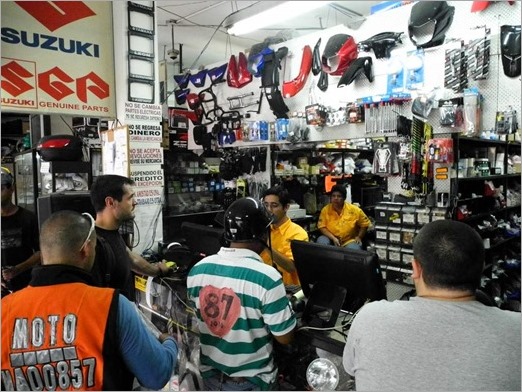 After visiting the motorcycle parts store zone, Demetri and I got on the subway and visited the childhood home of Simon Bolivar.

During the Horizons Unlimited in North Carolina, Paul Stewart shared notes on visiting Angel Fall. The notes were written by a member of ADVRider, Silviu Stanescu, a.k.a. “SS in Venezuela.”  The website name stands for “Adventure Rider.”  It’s one of the Internet communities populated by people that take international trips on two wheels and other  two wheeled adventures. Cenair knew about him and we decided to make contact for current information and details. From SS in Venezuela we learned about two organized tours for Angel Falls. He also discouraged us from attempting to reach the area overland. Yes, there were roads on the map, but at this time of year there was rain and we would be telling an unfortunate mud story if we tried riding to Canaima. He included a picture of jeeps deep in muddy bogs.

Here is a passage from Silviu Stanescu’s email with rich details and advice on reaching Angel Falls overland. Much thanks!

“The way to get to Canaima Camp overland is from Ciudad Bolivar to La Paraguna and then to La Candelaria which is a small indian settlement on the north side of the Caroni River. You would then need to leave the bikes in Candelaria and make a deal with the indians so they help you cross the Caroni River on a canoe (BIG river with strong currents) and afterwards hike approximately 2.5 hours to Canaima Camp. BUT, from La Paragua to Candelaria it is simply NOT doable on a bike, even a 250 Enduro bike. It is a VERY MUDDY double rutted track through the jungle with plenty of DEEP water crossings (over the hood for a Land Cruiser with 36 inch tires). I'm enclosing a picture of the road from La Paragua onwards, the whole road is like that PLUS a LOT of deep water crossings at least 1.3 - 1.5 meters+, approximately 50-60 inches deep +)

“La Paragua is a mining town and the road is mainly used by the miners, which means they are not very safe, so I would not recommend you venture in the area, specially if you do not speak Spanish VERY WELL... Yes, you might be able to strike a deal at La Paragua with one of the miner's Land Cruisers hauling goods to the mines, but I'm sure it would be more expensive than flying from Ciudad Bolivar to Canaima Camp because the track is hard on the vehicles and the fees are very steep.   So, bottom line: if you want to get to Canaima Camp, your only way would be by plane from Ciudad Bolivar or walking from La Paraguna (but this would take you at least a week and it is NOT safe... )

Ok, riding was out and a few emails later Demetri and I secured a lodging and flight package from Ciudad Bolivar to Canaima and a tour to Angel Falls. Cenair was envious that we were going to visit Angel Fall before him.

Soon we would leave for Angel Falls. Before we departed I made the biggest bowl of Jamie Oliver’s pasta dish ever, 2 kilos worth! It served seven people, with leftovers. 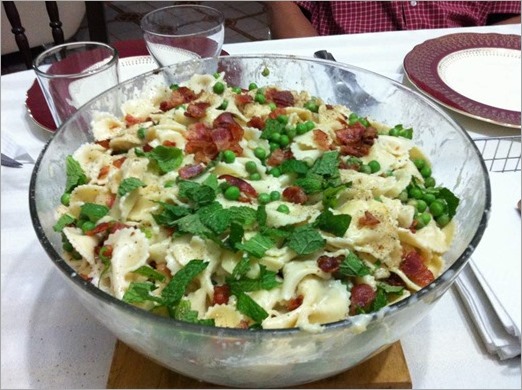 Cenair’s mother made wonder traditional Venezuelan food for us. 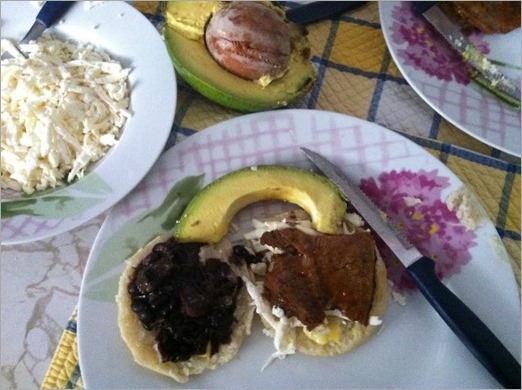 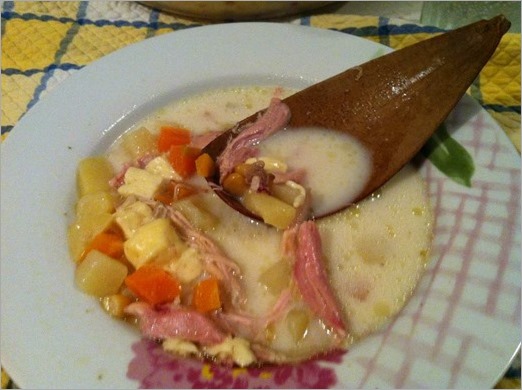