Descended into Caracas in the afternoon from the mountains. Caracas is built, in part, within a valley and the main highway courses through the valley floor. I passed an interesting piece of artwork along the side of the road. It was sculpture, in the form of a box frame made of metal tubes. Filling the box were hanging rods, the surface of each rod varied in a pattern, in such a way that in total they gave the impression of a large sphere within the box. Later I understood that this was the work of Jesus Soto, a Venezuelan artist. Soto was born in Cuidad Bolivia, where there is a fine art museum celebrating him and other artists. The  visit to the museum is described in a later posting.

In September 2012, at the Horizons Unlimited meeting in North Carolina, I met Cenair. He was living in Florida at the time and moving back to Caracas a few weeks after the meeting. Hearing that I was going to ride through Venezuela, he extended an invitation to stay at his mother’s house. Really? Will your mother be happy with a biker coming to visit? This question was asked several times as I got closer to Caracas. Finally he  wrote me to stop worrying, that is mother was excited that I was coming. Navigating the highways and local streets to their home was easy.  I stopped a few blocks away and bought flowers for Cenair’s mother. 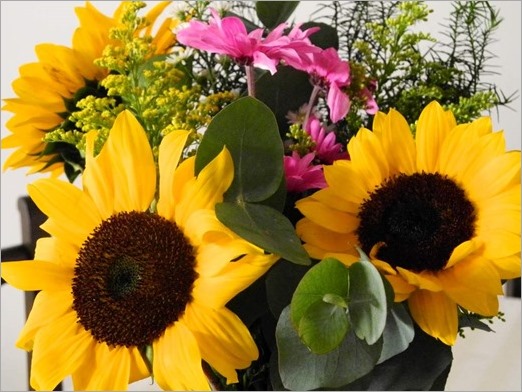 After settling into the guest room, Cenair, his sister and I went out to dinner. We shared a marvelous sampling for Venezuelan foods. 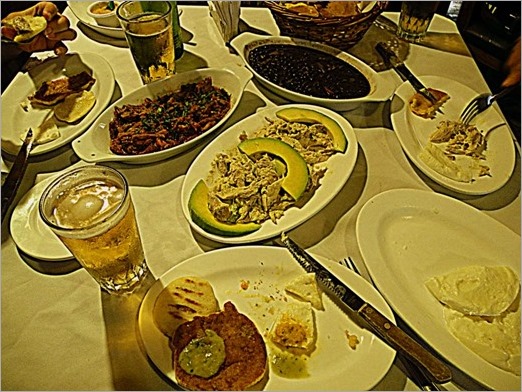 Later Cenair and I went to join friends who were watching ultimate boxing. There was some betting on the bouts and ensuing high spirits, which led to the hostess holding on to the wagers in her unique fashion. 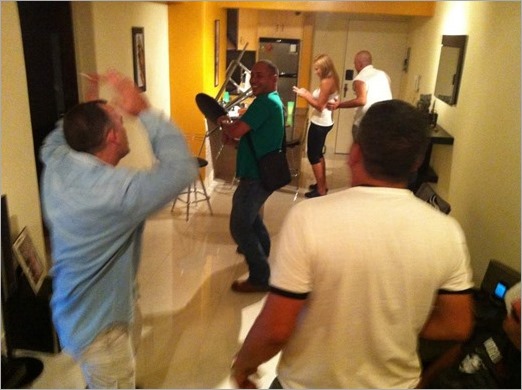 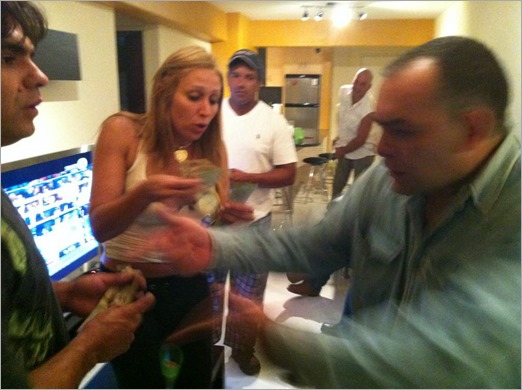 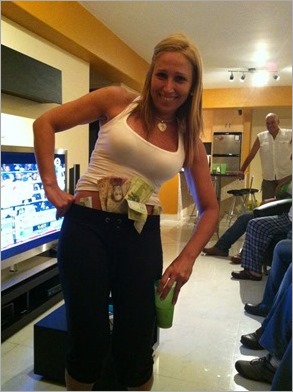 After the boxing the dominos out. I was invited to play, but decided that I didn’t want to pay for the pleasure of learning how to lose to guys that have been playing dominos for years. 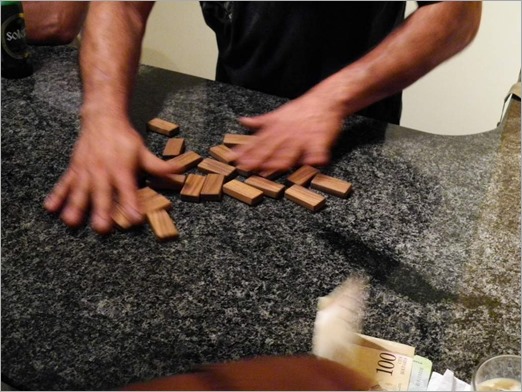 When the party wound down, we left as a group for the street. The host went with us. Before leaving the apartment he slipped a pistol in the waistband of his pants. Cenair told me not to worry because they were all ex-military and know how to handle firearms. This is Caracas, where anything can happen and everyone is carrying weapons. As we stood on the street saying goodnight, a patrol of motorcycle police rode by. There were easily 20 motorcycles. The number of police made clear it was a show of force, one that would not be overwhelmed. Caracas has a reputation for crime and violence. I did not experience any problems personally, mostly I received words of caution, at every turn…