Tennesse, Tennesse, ain't no place I would rather be,,,


On route from Hendersonville, NC to Savannah, TN, there were several points of interest and unique moments.


Rick and Elaina lived half of the year on a sail boat and the other half in a motor coach. Now they live on a 7 acre farm in rural Tennessee. “We did it on the water, now we’re gonna do it in the dirt.” Rick sold me his 1987 K75 BMW back in 2006. This bike took me from New Jersey to Costa Rica in 2008-2009. I named the bike AMEGA, the feminine in Spanish for “friend.” For the current trip a bike better suited for off road riding was in order, enter the 2012 BMW F800GS, named Nostrumo. Rick bought a Harley Davison…I don’t think he even gave she a name. I tease him, saying he went from a BMW to a HD, that he is a recidivist. That would not really be the right word. One might say that he de-evolved. He always wanted one and their reputation has improved, so who am I to judge. I have close friends that ride Harleys.  =)

It’s hard to get Rick and Elaina off the farm. They have a host of animals: 3 dogs, a cat, Guinea hens, chickens, ducks, 2 or 3 little pigs, 2 steer and a calf (I may be forgetting some animals or have some counts slightly off…) They keep farmers hours, rising with the sun and going to bed fairly early. I arrived somewhere after 10:30 PM and kept them up till 1:30 AM.  The next day I got a tour of their farm and their many projects. Moss doesn’t gather on a rolling stone. With all of their projects there is no chance they will ever lack for something to do. 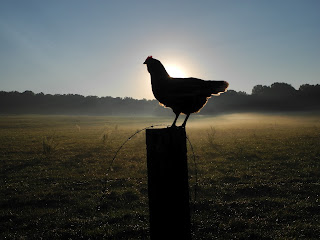 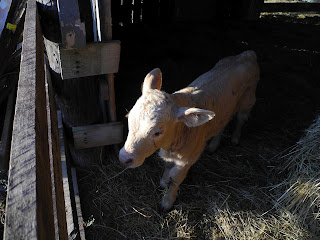 Cross Country PIAA light were recently moved over from the K75 to the F800GS. One of them wasn’t working, but I had a spare. This was the first opportunity to install the back-up light. The installation of the light required more time than expected, but it was worth it. Now I have one less thing to worry about and one less object in my bags. 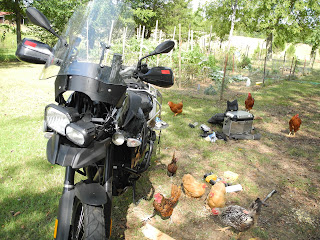 Rick helped me install a round disk to make the base of the kick stand larger. This is very useful when trying to park the bike on sandy soil or on gravel.  My friend Salvador from Maplewood, New Jersey provided the disk. It was part from the compressor of an air conditioner. Thanks Rick and Sal! 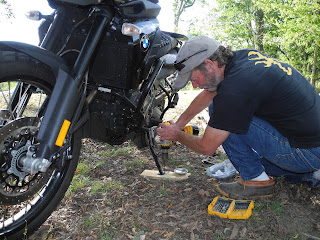 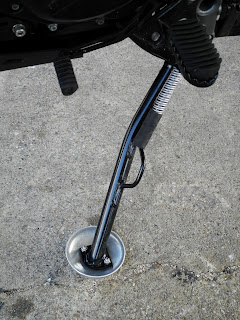 The day I left Rick and Elaina ask if I wanted to see lumberjacks that “snake” logs out of the woods with mules. We rode a little further up their road to a nursery, then into the woods.  The guys were just finishing loading the truck with the trees cut that morning. Using mules is less destructive to the forest and they cut trees selectively, not clear cutting everything in their path. This approach is the green method and the old tradition way of pulling lumber of the hills. The gentleman on the left is 76 years old and the skills are being learned by the young man on the left. 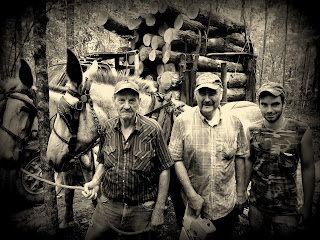 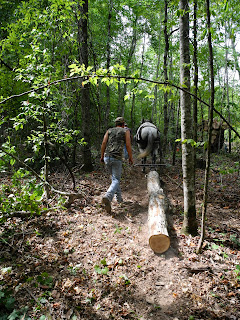 Once a tree is in place, it is flung into the truck. 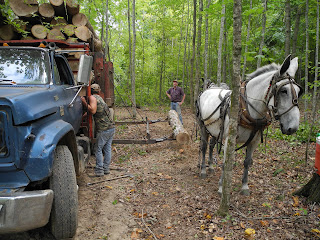 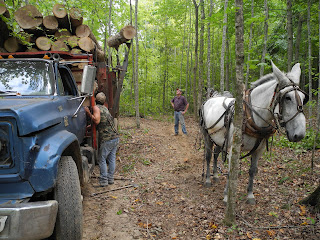 Elaina rode one of the mules out of the woods. 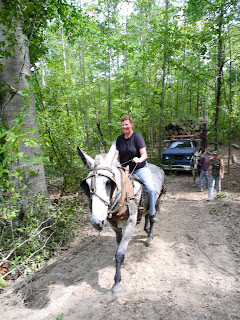 The load looks precarious, but the owner said, “I haven’t lost one yet.” 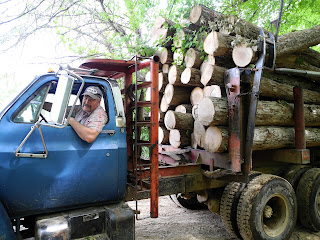 The goal was to get to Little Rock, Arkansas by the end of the night. It occurred to me that Memphis, Tennessee was on my route and I had never been to Graceland, Elvis Presley’s mansion and museum.

Next stop, Memphis, TN.
Posted by Peter Bodtke at 2:59 PM