Time for a Change

The afternoon of riding from Las Poza became evening, turned into late evening. Hours of twisting turns and dropping temperature through the mountains of eastern Mexico left me eager to find lodging. Near midnight I found a hotel in Pachuca that had Internet access and a reasonable rate. The next morning, before setting off for Puebla, I changed the engine oil. John Ryan recommend using a disposable aluminum basting pan when changing oil on the road. Try as I might, the product eluded me. I settled for a roll of aluminum foil applied to the lid of the pannier case. It worked like a charm. 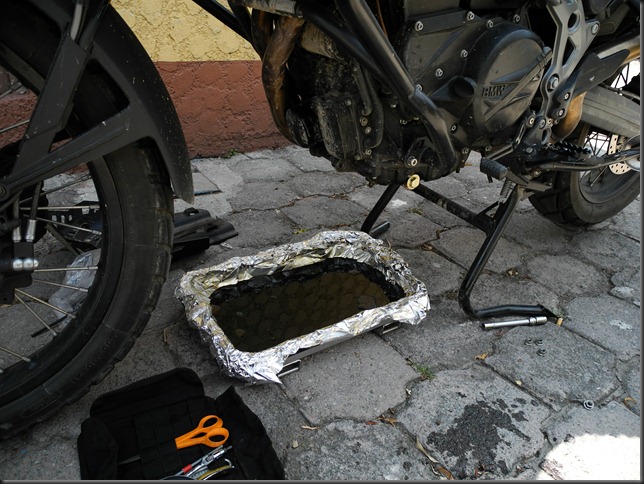 I really wanted to to avoid getting lost in Mexico City, which happened on my trip in 2008. During the previous trip, failure to properly upload the Mexico maps to my GPS caused hours of aimless riding through the Federal District. This time I was determined to avoid Mexico City altogether by riding north of the city on route to Puebla. I passed an exit for a “free” highway to Puebla, deciding to pay for a limited access toll road. The failing GPS only displayed the highest level roads, so it was no surprise when Mexico City appeared over the crest of a hill. No surprise, but a great cry of anguish that history had repeated itself with grand disregard to my wishes.

Soon traffic came to a stand still. Not wanting to get trapped on an approaching elevated highway, city street became the next best option. A few block west, then headed south on side streets. Progress seemed to be at hand, until the source of the delay revealed itself, a very long street demonstration by various reformist political parties. 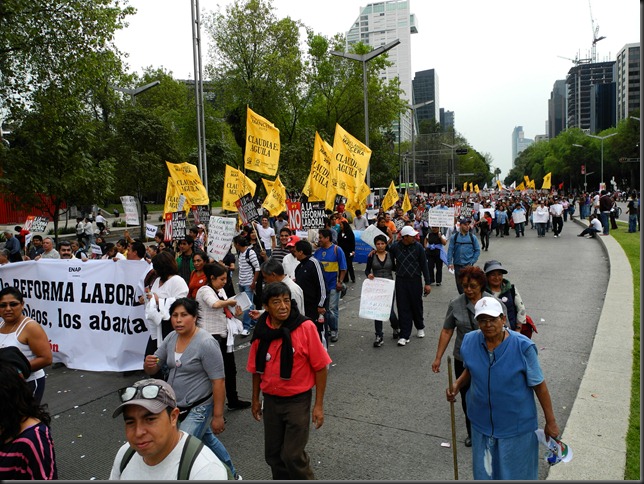 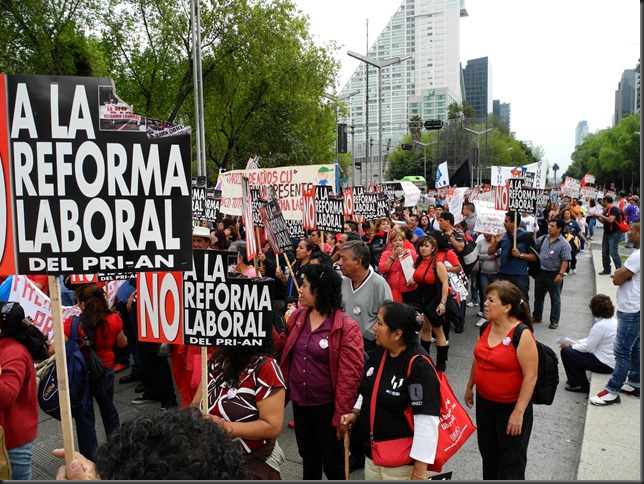 After an hour or so the last of the demonstrators passed my position. Some might be frustrated by the delay, but I took it as a cultural experience.

Unfortunately the wheels started to fall off the wagon about here. Something about losing forward momentum made getting back on track to Puebla nearly unattainable. An overcast sky made natural orientation with the sun impossible. The “touch screen” of my feeble GPS had failed in Texas and would not support selection of a destination or the map detail level, but it faithfully recorded the traces of the route I took. The next 5-6 hours were spent looping around Mexico City in a huge cloverleaf pattern. Trying to follow signage to Puebla, I passed Mexico City International Airport (like I did in 2008.) Multiple times I passed signs to the airport, such that I was sure to scream if I saw another… 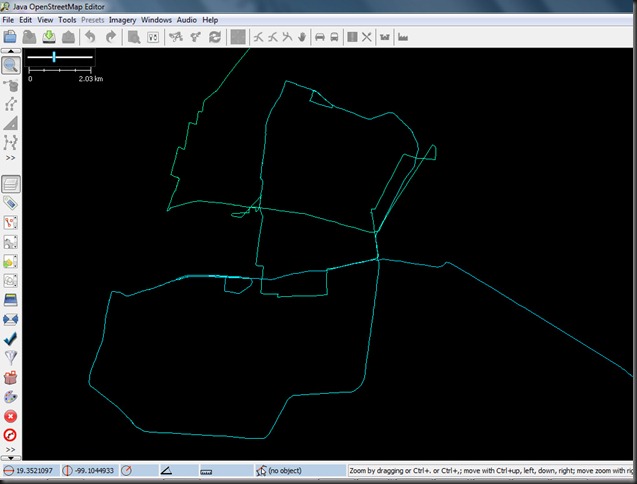 While coursing my way around the capital I could help but noticed how fashionably dressed the people on the street were. I felt like I was in Milan or Madrid. What must be the country’s largest flag was spotted in my lost patrol wanderings. 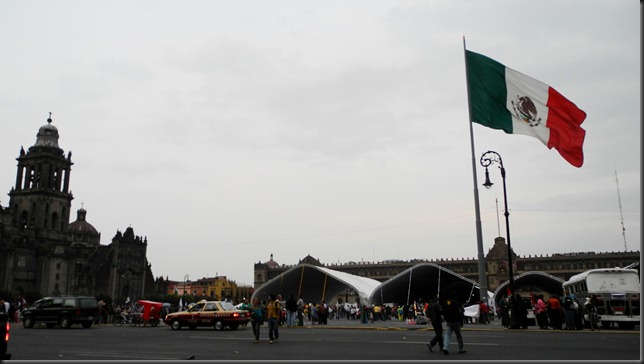 With some direction for Mexican Hari Krisna devotees I was pointed in the right direction. Naturally the Hari Krisnas wanted to point me toward nivana and Spanish text copies of their holy books. Taking a pass on accepting their tracks, I made a small donation and was on my rolling again.  As the sun set I finally found my way out of Mexico City and was on my way from about a two hour ride to Puebla…then it started to rain as I climbed the surrounding hills and the temperature dropped.